Getting Here Part XI: You Got to get Down to get Up 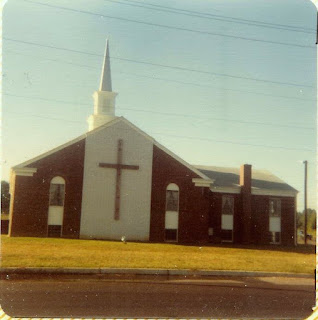 Is anyone among you suffering? Let him pray. Is anyone cheerful? Let him sing psalms. Is anyone among you sick? Let him call for the elders of the church, and let them pray over him, anointing him with oil in the name of the Lord. And the prayer of faith will save the sick, and the Lord will raise him up. And if he has committed sins, he will be forgiven. Confess your trespasses to one another, and pray for one another, that you may be healed. The effective, fervent prayer of a righteous man avails much. Elijah was a man with a nature like ours, and he prayed earnestly that it would not rain; and it did not rain on the land for three years and six months. And he prayed again, and the heaven gave rain, and the earth produced its fruit.

Brethren, if anyone among you wanders from the truth, and someone turns him back, let him know that he who turns a sinner from the error of his way will save a soul from death and cover a multitude of sins. James 5: 13-20 (NIV)


I stood by the bed saying words I would never have expected to say.

"Maybe we should give church a try again."

I expected an argument and a rejection. Religion was the past long gone.

"Where," she asked in a whisper.
"I don't know? How about that new church down the road?"

Just a few weeks ago this new church opened on the Balckwood-Clementon Road, down the hill from us and just a bit from our street. I knew nothing about it not even which denomination. It looked like many Protestant Churches, steeple on top, big cross on the front.

What was left at this point. We had talked in the hospital and it seemed decided she would have her tubes tied while there. This was the end of the road for that dream, that persistent hope of hers to have a child of our own. I had given that hope up five years ago. Where do you go when you wake up from your dreams and find they are all nightmares?

She had wanted children and a home of her own. This didn't appear to be on the menu of our life. Children were officially an impossibility and although I had a descent job, we had not put anything away in the bank. Remember, we were going to have fun and worry about that later when we got old.

I wasn't even writing much anymore. My last published paid article was in "Animal Lover's Magazine" a year ago. I had been promoted so-to-speak at Welded Tube. I say so-to-speak because I was still Assistant Controller, but Computer Systems Manager had been added to my duties. Between my added responsibilities, which had me on-call 24/7, and our party-hardy lifestyle there wasn't time to squeeze in any writing.

There was nowhere to go from where we were. Lois was in the deep doldrums of depression and I just didn't have any enthusiasm for anything anymore. Where was any help for us? More sex and more drink, was that the escape from misery? Most my life I was confident in myself to overcome any adversity. I was a loner, who constantly plotted my own course in life. Now I felt like a captain of a boat lost at sea in high waves, a think fog with a broken rudder and a leaky haul. Yeah, it was that bad.

But there was a God. I heard his voice in that baby's heartbeat. I didn't know much about Him, but I felt that maybe church might help in finding out. What was the worse that could happen, more disillusionment? So the next Sunday we went. 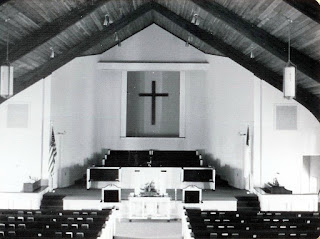 We sort of dragged ourselves up the walk that day. I guess we both thought about our past experiences visiting churches, but at the door were a couple of people who smiled and asked us our names. Another man came and handed us a bulletin and led us to a pew halfway down the aisle. It was a compromise. I like to sit down front, Lois prefers the back, so we sat in the middle. Another man came over and introduced himself and welcomed us. No one was glaring at us as if we were interlopers on their private island.

It was then I glanced at the bulletin. At the top was the church name, Laurel Hill Bible Church, which really told me nothing. It was the next line that really caught my eye, "An Independent Fundamentalist Church".

Whoa, baby, what had I gotten us into? My immediate inclination was to get up and run for the exit, but that would be too embarrassing. We'd just sit and ride it out if somewhat nervously. My idea of a Fundamentalist Church was people rolling down the aisles and kissing snakes. These were going to be a  bunch of Bible-thumping fanatics, brainwashed zombies, pie-in-the-sky freaks.

Although, no one looked very freakish. No one was waving some tract at us. People were just saying good morning and nice to see you and being just plain friendly everyday people.

The Pastor gave a sermon on James 5 that morning. I sat stunned. I sat sweating. I sat feeling he was preaching directly and only to me. I had never felt that way in a church service before in my life. How could this man know so much about me? At the end he gave an alder call, something I learned he always did. No way I was going to walk up to the front. That would have been so humiliating, but when he asked if anyone felt the need for prayer I did raise my shaking hand.

It was on the next September 1975 Tuesday afternoon I went into my little writing den at our apartment. I got down on my knees. I felt like crying. My whole body was quivering. I wasn't certain what to say. When I was 14 and in the Boy Scouts one of my patrol members was also a friend. His name was Jim Dawson and he was pretty religious. He often talked about Jesus during campouts. Once he gave me this card to put in my wallet. It said, "If you were to die tonight where would you be tomorrow?" This was followed by H______. You were supposed to fill in the blank as either Heaven or Hell.  I asked him, "How am I supposed to know that?" I was kind of angry about it.  I told him I thought I was a pretty good guy, so I would hope heaven, but didn't see how you could really know.

I guess I remembered some of what Jim had said way back then because I stuttered out a pretty disjoined prayer asking God to forgive me and for Jesus to come into my heart. 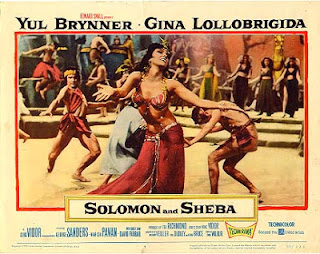 I'm sure what I said wasn't elegant, but it worked. I knew it the moment I stood up. It would be hard to make someone who hasn't experience it understand how different I felt. I felt lighter. I also soon discovered other changes. Now I wanted to read the Bible. I did still have one about the place. More amazing, when I read it I was understanding it. I knew a lot of the stories, of course, I had been forced to Sunday School and I had seen those Hollywood movies like the Ten Commandments, Samson and Delilah, Solomon and the Queen of Sheba ( oh yeah, that movie was real Scriptural) and King of Kings. Reading the Bible was a struggle with all those thees and thous, begots and begats and other arcane words that I didn't understand. The Bible had been mostly gobbledygook to me. Now it made sense when I read it. I could understand it, not just the surface stories, but the shades of meaning in every verse.

On the next Sunday, humiliating or not, I walked down the aisle at the alder call.

Now some might discount any real miracle here. I don't see it that way. If God could open my eyes to His Word, then he could do anything. I was to find out that was true in the next few years. What God was to do in Lois and my life was impossible. If nothing else, what was to happen is proof positive of the power of faith in Jesus Christ and the mercy of God. 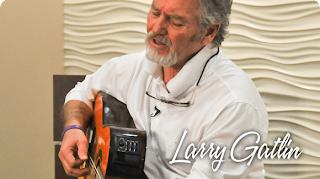 The song, "Help Me" written by Larry Gatlin of the Gatlin Brothers (partial lyrics below) seemed so apropos to where I once was and how I asked that I have shared it here. The little video is Johnny cash singing it and I think cash captured that voice of the desperate man calling out to God better than anyone.

Oh, lord, Help Me walkAnother mile, just one more mile;I'm tired of walkin' all alone.And lord, Help Me to smileAnother smile, just one more smile;Don't think I can do things on my own.I never thought I needed help before;Thought that I could get by - by myself.But now I know I just can't take it any more.And with a humble heart, on bended knee,I'm beggin' You please for help.

"Help Me" by Larry Gatlin


This is Johnny Cash singing Larry Gatlin's song "Help Me, which captures the essence of a broken man turning to God.