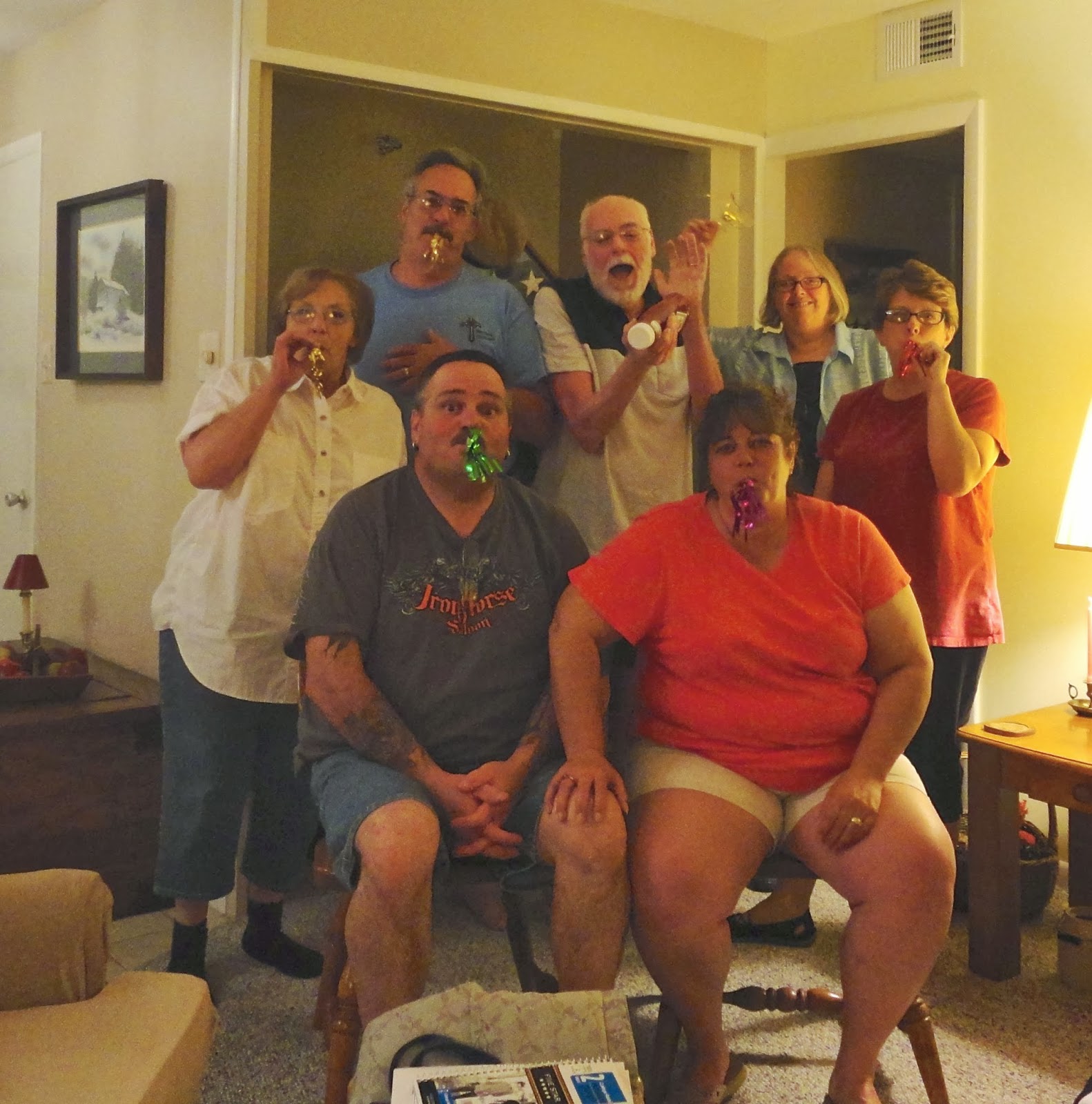 I attend, in fact, sit on the board of this small church just outside Wilmington, Delaware. That is the board to the left and I am in the middle pounding a ketchup bottle above the heads of our Associate Pastor and his wife. Despite what may appear to be a silly bunch of fools, we take our job very seriously and if we be fools, we are fools for Christ.

We love each other and I suppose because we love God, some would call us religious fanatics…or religious nuts. But that's okay, because even if you don't believe in what we do, we love you too anyway.

I would say this is the most loving church I've ever been in and I've been in a lot, not always willingly and not always lovingly. I was forced to go to church as a child, even though no one else in the family went; at least, not until I was fifteen. Then everybody went, but I was secretly revolting underneath. I was a very active Methodist in my late teen years, but also subversive. Just because I was President of the Methodist Youth Fellowship didn't mean I was a Christian. When I got married I fled that church.

A decade later, after a eclectic mix of churches in our lives, my wife and I, I was a confirmed atheist; not just an Atheist, either, but an active, proselytizing one. I was beating people over the head with a Bible certainly, trying to knock God out of them.

Then one day during a decreasingly tattered and sinful life a funny thing happened. I met Jesus down on my knees.

Then there were a series a churches because I wanted to be there, but we moved about a lot. Somehow though I did end up without a pew to sit in and was suffering from some disillusionment and sorrow when this tiny little church appeared. It was started a year-and-a-half ago by six people, but oh the things it has done in that time from helping the victims of Sandy to reaching out to those sometimes shunned by others.

I write this to ask my friends to come visit us sometimes. If you can drive to Wilmington, Delaware come and get a hug, get a praise, get the spirit, feel the love. We welcome anyone as you are. We were you. We are a church of once broken people. We've been through the fire. We are here to understand, not to judge.

We will tell you our secret, though. The way to true change in your life is through Jesus Christ.

Here is my little montage of our little church over the past year and a half: