BECAUSE YOU HAVE DONE THIS: Part III of Why Not? - a Perspe 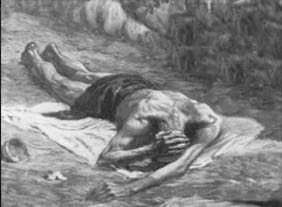 We established there is an infinite reference point that we should measure everything against.

We also said that everyone suffers in this world, the good and the bad, but those who dismiss God from their lives because of bad happenings are left with nothing but the suffering and no hope.

"But I say to you, Love your enemies and pray for those who persecute you, so that you may be sons of your Father who is in heaven. For he makes his sun rise on the evil and on the good, and sends rain on the just and on the unjust." (Matthew 5:44-45)

But as to we who believe: “For I consider that the sufferings of this present time are not worth comparing with the glory that is to be revealed to us.” Romans 8:18

Now let's deal with the reasons for suffering.

In my prior posting I suggested this assignment, find a major Bible character who didn't suffer.

Pretty difficult to find any, isn’t it, especially among some of the most devout and heroic followers of God. Maybe that should tell us something and we will talk about that as we go through these sessions.

I can think of a couple possibilities.

There is the Israel Judge, Gideon, but he did do some things that he may have come to regret, such as making an ephod out of the earrings of the 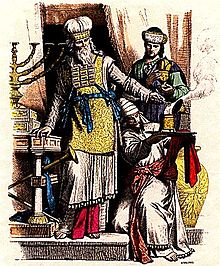 Ishmaelites and displaying it in his city. We are told in Judges 8:27 that “All Israel whored after it and it became a snare to Gideon and his family.” I’m sure Gideon suffered some troubles we just don’t know what because of that.

Although an ephod is usually thought of as a sleeveless over garment for a priest, it also can be an object to be revered; in other words, Gideon made himself an idol and Israel ended up worshiping this idol and falling from grace with God once more.

The other one who comes to my mind is Enoch. Enoch was Noah’s great grandfather and 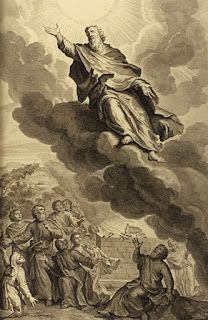 had a short life on Earth compared to those other early patriarchs, especially Enoch’s son Methuselah, who lived to be 969 years.

Genesis 5:23 says, “And all the days of Enoch were three hundred sixty and five years.”

There are three words missing from this statement about Enoch’s age that appear in all the other of the begat statements, these are –“And he died.”

Verse 24 tells us, “And Enoch walked with God, and he was not; for God took him.” Enoch did not die. Hebrews 11:5 informs us, “By faith Enoch was taken up so that he should not see death, and he was not found, because God had taken him. Now before he was taken he was commended as having pleased God.”

Perhaps, if the Lord comes soon, we’ll be taken like Enoch, but for now we are left here in a world full of suffering and testing. That is something else I believe is part of the purpose of life, a testing. The people in the Bible went through a lot of testing, didn’t they? Why should we expect any less?

But concerning our testing here is God’s promise:

No temptation has overtaken you that is not common to man. God is faithful, and he will not let you be tempted beyond your ability, but with the temptation he will also provide the way of escape, that you may be able to endure it. 1 Corinthians 10:13

In light of that passage, what is going on with the psalmist of Psalm 88? If he is being tested, why can’t he find escape?

1 O Lord, God of my salvation;
I cry out day and night before you.
2
Let my prayer come before you;
incline your ear to my cry!
3
For my soul is full of troubles,
and my life draws near to Sheol.
4
I am counted among those who go down to the pit;
I am a man who has no strength,
5
like one set loose among the dead,
like the slain that lie in the grave,
like those whom you remember no more,
for they are cut off from your hand.
6
You have put me in the depths of the pit,
in the regions dark and deep.
7
Your wrath lies heavy upon me,
and you overwhelm me with all your waves. Selah
8
You have caused my companions to shun me;
you have made me a horror to them.
I am shut in so that I cannot escape;
9
my eye grows dim through sorrow.
Every day I call upon you, O Lord;
I spread out my hands to you.
10
Do you work wonders for the dead?
Do the departed rise up to praise you? Selah
11
Is your steadfast love declared in the grave,
or your faithfulness in Abaddon?
12
Are your wonders known in the darkness,
or your righteousness in the land of forgetfulness?
13
But I, O Lord, cry to you;
in the morning my prayer comes before you.
14
O Lord, why do you cast my soul away?
Why do you hide your face from me?
15
Afflicted and close to death from my youth up,
I suffer your terrors; I am helpless.
16
Your wrath has swept over me;
your dreadful assaults destroy me.
17
They surround me like a flood all day long;
they close in on me together.
18
You have caused my beloved and my friend to shun me;
my companions have become darkness.

It sort of sounds like Job could have written it, until the Psalmist 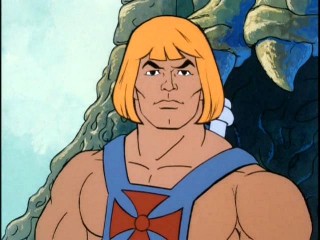 tells us he suffered from his youth. Besides, the author’s name is given, one Heman. No, not the comic book superhero, but one Heman the Ezrahite.

Heman the Ezrahite was sort of a super hero of his day, at least he was super good at certain accomplishments, such as musician, psalmist, minister of prophesying and seer to the king. He is described in several passages of Chronicles and Kings (Kings 4:31, 1 Chronicles Chapters 2, 6, 15,16,25, 2 Chronicles Chapters 5, 29, 35) as “wiser than anyone else”, with the exception of Solomon of course. He was given great responsibilities and was looked up to by everyone. His name means faithful.

Because he was so venerated, we find people have interpreted from Psalm 88 that he must have suffered from clinical depression. How else to explain this unusually downcast psalm that has been called “a wintry landscape of unrelieved bleakness” (Professor Martin Marty, University of Chicago) or “The darkest, saddest psalm of all the psalms, with no relief and no hope as other melancholy psalm give."

Yes, it is easy to dismiss this as a depressed person, but we have to approach passages in Scripture from the context of the Bible as a whole. So think about these clues.

In verse 3 the writer cries, “My soul is full of troubles.” What kind of troubles? These are not arthritis pains or any physical ailment. These are in his soul. The literal translation of verse 3 is, “For my soul hath been full of evils…”

He tells us several things. He feels “set apart with the dead,” “cut off” from God’s care and that God’s “wrath lies heavily upon him.”

Wow! What is going on?

I thought God would be there for us, never desert us and never let us face tests beyond our abilities to endure…unless the writer was “dead in the trespasses and sins” mentioned in Ephesians 2:1 and as explained in Habakkuk 1:13, God is one “of purer eyes than to see evil and cannot look at wrong.” The writer’s soul hath been full of evils, he says, so why else would God “hide [his] face from [him]?”

Here from Isaiah 59:1-2, "Behold, the Lord's hand is not shortened, that it cannot save, or his ear dull, that it cannot hear; but your iniquities have made a separation between you and your God, and your sins have hidden his face from you so that he does not hear."

What these tell us about Psalm 88 is the writer is lost in sin. He has a long history of his sin and he has not repented and thus he has cut himself off from God.

But is the psalm really without hope?

No, because the psalmist recognizes that, “Lord, you are the God who saves me; day and night I cry out to you. But I cry to you for help, Lord; in the morning my prayer comes before you.” He has not stopped trying to reach God, and if this is Heman, then at some point he repented and found grace and became wise.

NEXT TIME: WHEN DID SUFFERING START?

More of what Scripture says about our suffering:

He who goes out weeping, bearing the seed for sowing, shall come home with shouts of joy, bringing his sheaves with him. Psalm 126:6

Say to them, As I live, declares the Lord God, I have no pleasure in the death of the wicked, but that the wicked turn from his way and live; turn back, turn back from your evil ways, for why will you die, O house of Israel? Ezekiel 33:11

For it is better to suffer for doing good, if that should be God's will, than for doing evil. 1 Peter 3:17

I know, O Lord, that your rules are righteous, and that in faithfulness you have afflicted me. Psalm 119:75

But as for the cowardly, the faithless, the detestable, as for murderers, the sexually immoral, sorcerers, idolaters, and all liars, their portion will be in the lake that burns with fire and sulfur, which is the second death.” Revelation 21:8

"Jewish Priest wearing an Ephod", from the History of Costume by Braun & Schneider

Email ThisBlogThis!Share to TwitterShare to FacebookShare to Pinterest
Labels: Enoch, Gideon, Heman, Suffering, Why Not?