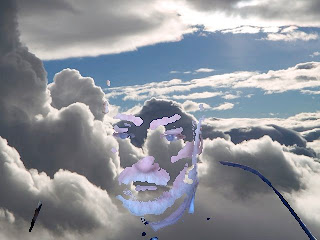 Sing to God, sing praise to his name, extol him who rides on the clouds—his name is the LORD—and rejoice before him. A father to the fatherless, a defender of widows, is God in his holy dwelling. Psalm 68:4-5
Once a friend commented he didn't believe in some old man sitting on a cloud telling him how to live. Well, neither do I.
We've had thousands of years to study Scripture, yet for many there exist these erroneous ideas that remain pop images of spiritual things. Don't you sometimes wonder where they came from, especially when they get used to mock our beliefs?
A lot comes from honest mistakes or people intending to be helpful. An Artist will try to render the un-seeable as a picture the human eye can perceive. Thus the idea of God riding the clouds in Psalm 68 can becomes Michelangelo's Old Man poking through the clouds to point down at Adam. We can be grateful artists did not read the literal translation of Psalm 68:
Sing ye to God -- praise His name, Raise up a highway for Him who is riding in deserts, In Jah [is] His name, and exult before Him. Father of the fatherless, and judge of the widows, [Is] God in His holy habitation. (Young’s Literal Translation)
Otherwise, we may have had endless representations of God as an old man chasing us down on a Camel.
Much of what we think is real history comes from movies, much of what we accept as in the Bible just comes from popular media. When I was a child, I used to sing a sing called "I was Born About ten Thousand Years Ago". (It is also known as The Bragging Song.)

I saw Satan when he looked the garden o'er,
Then saw Adam and Eve driven from the door,
And behind the bushes peeping,
Saw the apple they were eating,
And I'll swear that I'm the guy what ate the core.

Obviously, the core got caught in his throat and we called it Adam's Apple.
Solomon's beloved may have envisioned him: "Like an apple tree among the trees of the forest is my lover among the young men" (Song of Solomon 2:3), but nowhere in Genesis when it speaks of the Garden of Eden does it mention apples.
Now the LORD God had planted a garden in the east, in Eden; and there he put the man he had formed. And the LORD God made all kinds of trees grow out of the ground—trees that were pleasing to the eye and good for food. In the middle of the garden were the tree of life and the tree of the knowledge of good and evil. Genesis 2:8-9
When the woman saw that the fruit of the tree was good for food and pleasing to the eye, and also desirable for gaining wisdom, she took some and ate it. She also gave some to her husband, who was with her, and he ate it. Genesis 3:6
We only know the tree had fruit pleasing to the eye and was good for food, but no description of exactly what the fruit looked like. Why someone somewhere at sometime tagged the fruit as an apple, I do not know. Since some try to turn the whole temptation and fall scene into some sort of repressed sexual myth, it might have been more apropos to make the fruit a pomegranate.
The next verse of "I Was Born About Ten Thousand Years Ago" touches on another misconception:

I saw Jonah when he embarked within the whale,
And thought that he'd never live to tell the tale.
But old Jonah'd eaten garlic
And he gave the whale a colic,
So he coughed him up and let him out o' jail.

Here is a case of an error by earlier Bible translators, most notably in the King James Version. Out of the choices for the Greek, ketos -- sea monster, whale or huge fish -- they choose whale. Perhaps the translators thought only a whale was large enough to swallow a man whole, but this was not consistent with the Hebrew in the book of Jonah, which meant big fish. They should have chosen the word that matched the book being quoted in Matthew.
This simple wrong choice has caused some sniping at Scripture by critics ever since. I recall reading many years ago an attack on the story of Jonah in which the writer stated whales really had small or restrictive throats for their size and would not be able to swallow a man. I don't know if this is fact or not, any more than stories I have read about people who were swallowed whole by such fish as Great White Sharks and lived to tell the tale. I remember one such story told of a sailor so gulped down. His shipmates managed to capture the shark and sliced it open to free the man and he survived the experience. I also read of supposed experts who said a person might survive a period of time in the stomach of a large fish, but would be bleached white by the digestive juices. No wonder the Ninevehians repented. Imagine the appearance of a ghost before them shouting their doom!
One thing sometimes overlooked is we can't approach such events purely from a human perspective. There is no need to feel we must provide some scientific or natural explanation to miraculous events. Scripture describes God as providing or producing a huge fish to swallow Jonah. This fish may have been a one-time deal, a creation of God's for this singular purpose; that is, an ability to swallow Jonah, hold him prisoner within it's belly for three days and three nights, and spew him out upon the beach unharmed, if somewhat shaken.
Is it important whether the popular images of these events are correct? Does it really matter if Jonah was swallowed by a whale or by a big fish? I suppose in some ways, not at all, as long as the story is understood to have happened and the significance of it is understood. Still, even if one small detail isn't of much import on the surface, I think the correct version should be emphasized. Some of these misconceptions do make a difference and some distract from the truth.
And certainly the truth of Jonah in the belly of a wh...uh...big fish is important. Maybe we should take a look at why.


WHAT’S SO IMPORTANT ABOUT A BIG FISH STORY? 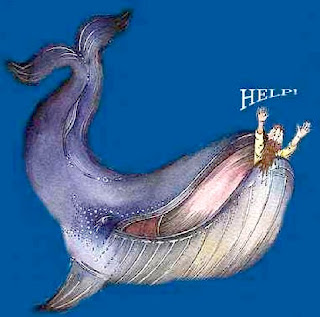 
WHAT HAS 5 LETTERS AND STARTS WITH J?
JONAH OR JESUS, MAKE A CHOICE 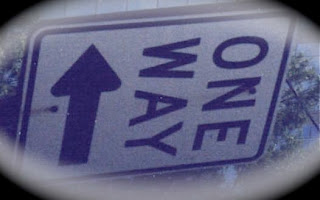