Most Hypocritical Statement of All

A word tossed about with as much frequency as beads at Mardi Gras is hypocrite. Usually we hear "he or she's a hypocrite" applied to anyone who doesn't agree with the accuser. But what is the English definition of the word?
1 : a person who puts on a false appearance of virtue or religion 2 : a person who acts in contradiction to his or her stated beliefs or feelings (Merriam-Webster Online) 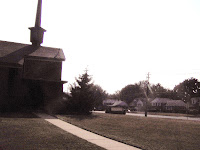 I won't be Christmas shopping this year, the stores are full of hypocrites.  Do you know that jolly white-bearded, red-suited guy at the mall doesn't go home to the North Pole to make toys? Boy, what a big hypocrite.
I wonder where I'll work for business is full of hypocrites. Or is everything they advertise true, is running up credit card debt actually priceless and drinking beer really what it's all about?
And when people say they don't go to church because it is full of hypocrites, they are being hypocritical. Why can't they say the truth? They don't go because they don't want to. Perhaps they find church boring. Perhaps they want to do something else. Perhaps they don't believe in God. Perhaps they believe the way they live will make them hypocrites if they attended church.
We all do or say hypocritical things in our lives. Some of us more than others. Do you know what hypocrisy is? It is a sin.
Here is a secret. Come close, I want to whisper. The churches are full of sinners.
And do you know why? Because everyone in the world is a sinner. 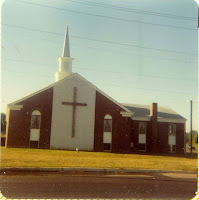 Admitting that fact is the first step away from personal hypocrisy and could be the first step toward wanting to be in a church. Be warned, the church is full of  the sexually immoral, the idle, the greedy, drunks, thieves and slanders, as well as hypocrites. For that is what some of us were. And whatever we were, or are,  is reason enough to be there.
But be honest to why you don't want to be there. Your reason won't offend me and I won't think less of you for being honest.
Posted by nitewrit at 7:20 PM

Email ThisBlogThis!Share to TwitterShare to FacebookShare to Pinterest
Labels: A BOOK Weeping a Night Rejoicing the Morning, Concepts of good and bad, credibility, hypocrisy, sin, Written 2008 in Delaware