Rock Solid: Jesus Christ - The Only Rock Upon which I Stand 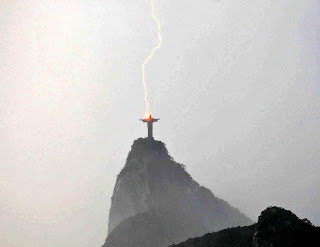 "But what about you?" he asked. "Who do you say I am?"
Simon Peter answered, "You are the Christ, the Son of the living God."
Jesus replied, "Blessed are you, Simon son of Jonah, for this was not revealed to you by man, but by my Father in heaven. And I tell you that you are Peter, and on this rock I will build my church, and the gates of Hades will not overcome it."  Matthew 16:15-18

Therefore, putting aside all malice and all deceit and hypocrisy and envy and all slander, like newborn babies, long for the pure milk of the word, so that by it you may grow in respect to salvation, if you have tasted the kindness of the Lord.
And coming to Him as to a living stone which has been rejected by men, but is choice and precious in the sight of God, you also, as living stones, are being built up as a spiritual house for a holy priesthood, to offer up spiritual sacrifices acceptable to God through Jesus Christ.
For this is contained in Scripture: "BEHOLD, I LAY IN ZION A CHOICE STONE, A PRECIOUS CORNER STONE, AND HE WHO BELIEVES IN HIM WILL NOT BE DISAPPOINTED."
This precious value, then, is for you who believe; but for those who disbelieve, "THE STONE WHICH THE BUILDERS REJECTED, THIS BECAME THE VERY CORNER STONE," and, "A STONE OF STUMBLING AND A ROCK OF OFFENSE"; for they stumble because they are disobedient to the word, and to this doom they were also appointed.
But you are A CHOSEN RACE, A royal PRIESTHOOD, A HOLY NATION, A PEOPLE FOR GOD’S OWN POSSESSION, so that you may proclaim the excellencies of Him who has called you out of darkness into His marvelous light; for you once were NOT A PEOPLE, but now you are THE PEOPLE OF GOD; you had NOT RECEIVED MERCY, but now you have RECEIVED MERCY. 1 Peter 2:1-10
Here again, Peter declares Christ the corner stone and the Rock of offense.  We, those who put our faith in Christ are "living stones" who are being built up into that Church of Believers, the Bride of Christ and Peter tells us we are ALL a priesthood for proclaiming God's mercy and salvation. When Christ died upon the cross, God rent the vale in the temple, the barrier between us and Him. He gave us all the privileges once reserved for the Priests, direct access through Jesus to the Father by imbuing us with the Holy Spirit. There is no man between us and God if we have accepted his Gift of forgiveness.
It is on this Rock I stand, and no other.
Posted by nitewrit at 7:55 PM