This Band of Merry Believers 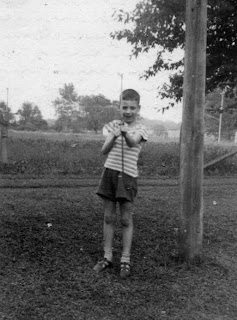 It's funny how nearly everything takes my mind to Jesus anymore. Things of no apparent relationship to God suddenly do. It proves, I suppose, how the Holy Spirit works upon us.
Take Robin Hood, for instance.  (Robin Hood was an archer; note in the picture I am pointing a bow and arrow toward the camera, just in case you wonder what this photo has to do with anything in this post.)
Robin Hood? How did he come to mind? Actually, Robin Hood has been mentioned several times in various media discussions about the current financial situation and certain policies put forth by a candidate in the current election campaign. This post has nothing whatsoever to do with those subjects. It has to do with Robin Hood and us.
At least, the more modern version of the legend of Robin Hood, the one I read tales of as a young boy. As best I recall, it goes something like this:
King Richard the Lionhearted goes off on the Third Crusade. He is gone somewhat longer than expected and the evil King John usurps the Crown of England for himself, seizing property and taxing the yeoman into peasantry. One particular yeoman, who is pretty handy with a bow and a sword, attracts a like minded and expanding group of followers called the Merry Men, and sets off to preserve the kingdom for the rightful king, until Richard returns, which he finally does and takes down King John. So the bad get their just deserts and Robin and his Merry Men are saved and blessed by king Richard. At least in the fables I read as a child this is how it went.
When the TV talking heads bring up Robin Hood, it is usually in the context of him robbin' from the rich and giving it to the poor in the 'hood. That is not exactly what I remember Robin as doing. I remember Robin as taking back from the evil and corrupt King John and his cronies what they had stolen and returning it to the people. This helped keep the folk loyal to Richard and unsubdued by John.
Well, how did all that put my mind on Jesus?
It isn't a perfect metaphor or allegory, but here is how my thoughts began to go.
Jesus was born, God incarnate, to establish His Kingdom for those who believed on Him. After a small, but growing band was established led by the Holy Spirit. Jesus the Christ, the true King, left, but promised He would return someday. We are told to keep His name alive and bring others into His Kingdom.
Satan, has tried through robbing people of the truth and burdening them with sin, to present himself as king.
The Holy Spirit and this merry band of believers has endured against all the efforts of the world and Satan to claim that Christ is dead and will never-return.
Then when the world has become covered by the shadow of Lucifer and things seem at their darkest, the Lord will return and evil will get its just deserts and we who have believed and persevered will be Blessed.
See, everything turns my mind to my Savior and Lord. So remember, God is everywhere in everything and in control. His promises have always been true and always will be. We need to be alert and ready to send arrows of truth to those about, telling people how to free themselves from sin and serve the true King.
And no matter what may transpire in this world, we must and will endure patiently in faith.
"For many will come in my name, claiming, 'I am the Christ,' and will deceive many. You will hear of wars and rumors of wars, but see to it that you are not alarmed. Such things must happen, but the end is still to come. Nation will rise against nation, and kingdom against kingdom. There will be famines and earthquakes in various places. All these are the beginning of birth pains.
"Then you will be handed over to be persecuted and put to death, and you will be hated by all nations because of me. At that time many will turn away from the faith and will betray and hate each other, and many false prophets will appear and deceive many people. Because of the increase of wickedness, the love of most will grow cold, but he who stands firm to the end will be saved. And this gospel of the kingdom will be preached in the whole world as a testimony to all nations, and then the end will come. Matthew 24:5-14
Since you have kept my command to endure patiently, I will also keep you from the hour of trial that is going to come upon the whole world to test those who live on the earth. I am coming soon. Hold on to what you have, so that no one will take your crown. Him who overcomes I will make a pillar in the temple of my God. Never again will he leave it. I will write on him the name of my God and the name of the city of my God, the new Jerusalem, which is coming down out of heaven from my God; and I will also write on him my new name. Revelation 3:10-12
Posted by nitewrit at 7:49 PM

Email ThisBlogThis!Share to TwitterShare to FacebookShare to Pinterest
Labels: A BOOK Weeping a Night Rejoicing the Morning, faith, Reaching Out, Robin Hood, salvation, Written 2008 in Delaware