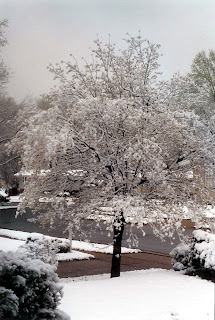 Ah, the wonder of the snow, the man once thought when he walked through the falling flakes. How it tingled on the skin. How it covered the mud and scars of ruined fields or discarded litter in the gutters. It was a wonder of crystal, reflecting light as a pure white and what little light it absorbed and captured shown back as a pensive blue that added melancholy loveliness. He had loved the winter days that brought such beauty. It was the delight of his youth, sometimes closing schools and giving him a day of just joy in sledding across it surface. He thought he would love it forever. 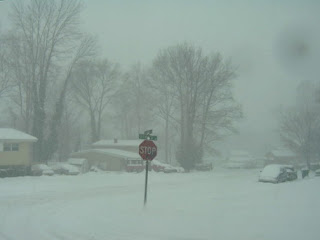 But as he aged he lost his wonder. Where once he delighted in immersing himself in it, now he saw snow's problem. People suffered from these storms. An old man while shoveling had a heart attack and died. A young couple and their child froze to death after their car skidded off a back road and trapped them for days. A skier crashed into a tree and broke his neck. Heavy downfalls had broken tree limbs and brought down power lines leaving whole counties in darkness and chill. 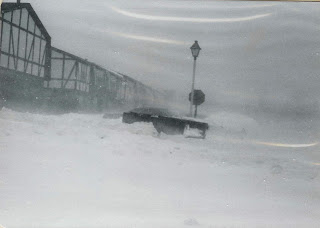 How could he have ever felt love for snow? Sure, at times it had fallen gently and brightened the night, bathing the earth in the glow of the moon, but hadn't it been too brilliant in the next day's sun? Hadn't the glare blinded him? There was too much pain and suffering found when it snowed, he would never love it again.

He forgot how snow insulated the soil, protecting the roots of bushes and trees. He forgot how further down the ground would become frigid without a warming coat of snow. He forgot how much of the world depended on snow for their water supply through the dry seasons. All he saw anymore were the hundreds each year suffering snow-related deaths from auto accidents, exposure and overexertion. These were snow's problem and he repudiated any gladness he once felt at the first flakes of winter.

But his repudiation of its beauty did nothing but make him sad. It didn't stop the snow and it didn't stop the deaths and injuries. The problem wasn't the snow's. It was the behavior of people who went where they shouldn't, went when they shouldn't, did what they shouldn't and failed to respect the power of snow. So when the sun rose and melted away the drifts, he sat in gloom at the damages he saw. He missed the brightness of the evergreens or the new brilliance of the dogwoods, or the enhanced visibility of the grasses. In putting the blame for suffering in the wrong place he lost more than he gained, he lost the spirit and beauty of rebirth after the storms. 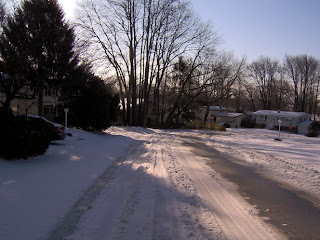 "As the heavens are higher than the earth,
so are my ways higher than your ways
and my thoughts than your thoughts.
As the rain and the snow
come down from heaven,
and do not return to it
without watering the earth
and making it bud and flourish,
so that it yields seed for the sower and bread for the eater,
so is my word that goes out from my mouth:
It will not return to me empty,
but will accomplish what I desire
and achieve the purpose for which I sent it.
You will go out in joy
and be led forth in peace;
the mountains and hills
will burst into song before you,
and all the trees of the field
will clap their hands.
Instead of the thornbush will grow the pine tree,
and instead of briers the myrtle will grow.
This will be for the LORD's renown,
for an everlasting sign,
which will not be destroyed."Isaiah 55: 9-13
Posted by nitewrit at 8:10 PM

Email ThisBlogThis!Share to TwitterShare to FacebookShare to Pinterest
Labels: A BOOK Weeping a Night Rejoicing the Morning, Concepts of good and bad, faith, Suffering, Written 2008 in Delaware