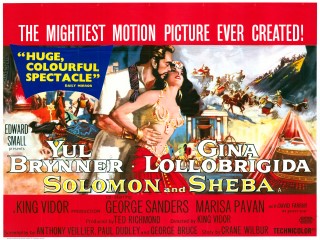 Hollywood likes to make films based on true stories. The optimal words here are "based on". Sometimes the part based on seems little more than a few names and a date. But whether the film is fairly accurate or more fantasy than fact, the unfortunate thing is many, many people's belief about history is what they saw on the silver screen. How many folks accepted that King Solomon had a torrid love affair with the Queen of Sheba, and that she was a woman come to destroy him to gain a port and in the employ of the Pharaoh of Egypt. King Vidor and his writers certainly had a different interpretation of 1 Kings 10:1-13 than I do. Go read it yourself and see if you can find anything I just described in the movie plot beyond the names of Solomon and the Queen of Sheba.  It did give Vidor an excuse to put Gina Lollobrigida in skimpy costumes and Yul Brynner in hair (one of his rare appearance not as a baldy). 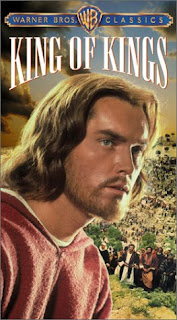 Here, of course, is another problem since Hollywood has often turned to The Bible for their "based on" true stories. Although one would think The Good Book contains all the intrigue, crime, lust and murder a scriptwriter could handle, they always seem to add a little more on their own; sometimes a lot more. As with the aforementioned Lollobrigida's belly dancer interpretation of the Queen of Sheba, Hollywood always finds some sleaze or sex to throw in the mix, the orgy scene in "The Ten Commandments" or Salome's salacious dance in "King of Kings." Even with John Huston's epic, "The Bible," a classic misnomer of a movie, since it only touched on some of the stories found in Genesis, this was so. Much of the hype and publicity surrounding that film centered around the actors playing Adam and Eve performing in the buff or the altogether or naked.

Speaking of "King of Kings", here we have a case where our perceptions of Christ have too often been impressed upon us by popular media, even going back to the paintings of the Renaissance. Jeffrey Hunter has the image of the Renaissance's blond-haired, blue-eyed Jesus entwined with the aura of a Hippie guru. At least, that was the impression I got watching the "Sermon on the Mount" scene. (Perhaps I should say he was a kind of "On the Road" guru, given the movie was made in 1961, landing in the transition from the Beats to the Hipps.) At any rate, it seems I've seen Jesus presented too often in soft-focus lighting where you expect him to sing, If you're coming to Jerusalem be sure to wear flowers in your hair. 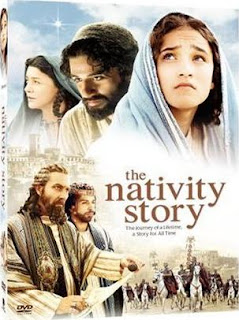 All of this imagery becomes easily ingrained in us and we have a hard time letting go. Even when someone makes a movie and tries to be accurate in detail, in showing the times as they were and uses actors who look like they belong in the setting, they can't resist popular notions that distort the reality. Take for instance the film, "The Nativity Story". This is a very beautiful movie and it places you right into the emotions Joseph and Mary must have felt, but even these producers couldn't resist popular Hallmark Card tableaus over scripture. They did the old familiar manger scene with sheep and shepherds, camels and Three Wise Men all gathered together, just like the creche sitting on the mantle at Christmas, but hardly found in scripture.

Even we Christians who spend much time in The Bible often fall into this trap. After all, not only do cliches ingrain themselves in our psyches, but familiarity often blinds us from the details.  In other words, we sometimes can't see the forest for the trees and other times we can't see the trees for the forest. Sometimes we need to just stop, step back and see what else is going on in both the forest and the trees.

Over at Tamela's Place she did a post recently titled, "Who Do You Say I Am?"  She is talking about seeing things through spiritual eyes and there is an interesting quote:  "I might add that there is a lot out there that needs a spiritual filter as to sift through the garbage though".


I think I am going to do a little sifting over a couple or so posts. Perhaps not totally with "spiritual eyes", but at least without the visions drummed into me by the Magic of Hollywood and the splendor of

Let the following verses be a tease and next time, "A Christ of Confrontation".


Every year Jesus’ parents went to Jerusalem for the Festival of the Passover. When he was twelve years old, they went up to the festival, according to the custom. After the festival was over, while his parents were returning home, the boy Jesus stayed behind in Jerusalem, but they were unaware of it. Thinking he was in their company, they traveled on for a day. Then they began looking for him among their relatives and friends. When they did not find him, they went back to Jerusalem to look for him. After three days they found him in the temple courts, sitting among the teachers, listening to them and asking them questions. Everyone who heard him was amazed at his understanding and his answers. When his parents saw him, they were astonished. His mother said to him, “Son, why have you treated us like this? Your father and I have been anxiously searching for you.”
“Why were you searching for me?” he asked. “Didn’t you know I had to be in my Father’s house?” But they did not understand what he was saying to them. Then he went down to Nazareth with them and was obedient to them. Luke 2:41-51
Posted by nitewrit at 3:59 PM

Email ThisBlogThis!Share to TwitterShare to FacebookShare to Pinterest
Labels: A BOOK: Work in Progress 2011, Beyond Common Statements, credibility, Tamela, Traditions