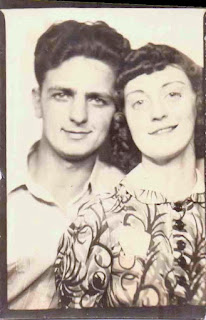 It is a little more than two weeks past six months since my life was no longer mine. On April Fools my mother was struck down by a moment eruption of a tiny vain deep in the brain.

The call came early. My mother never called me in the morning. But the voice on the other end was not my mother, but my father and my father never called. “Your mother had a stroke,” he said. This was not the script we wrote. The call that had been expected since his heart attack a couple years back would be of his passing, not one of my mother’s failing. He was supposedly the weak one and she the caretaker. And now I was the caretaker of both by some odd reversal of nature. It never should be that the child becomes parent to the parents.

These six months have been ones of suffering for them, who lived so long, perhaps beyond a reasonable age. But the will to keep on keeping on is strong within us, even when our bodies have begun to desert our souls and hope is only that the suffering might end.

The world that surrounds us can be sympathetic, but is inefficient and slow moving. The gears of bureaucracy move slower than the fingers of beckoning death. And while you wait for these instruments of government and care to turn and click on you see all the trappings of their lives dissolve away, until finally and mercifully they too slip off in the night 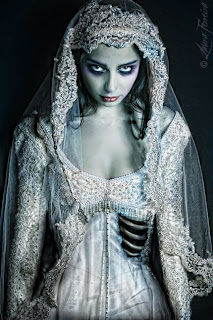 She comes all winter warmth
Swathed in clinging frost
And diaphanous gloom.
Her smile of frozen teeth
And her eyes of icy ponds
Send shivers through the room.

We think of death as skeletal,
Cowled with cloak of black
Hunched like some old farmer
Over his scythe and sack
To cut and carry us to our doom,
But no, death is not the groom.

Death comes dressed in marriage veil,
In a snow white bridal gown
With a long icicle train.
Our final vows are sealed by one
Who doesn’t steal, but stills our heart
With a lover’s kiss that ends all pain.

On September 23 my mother felt that kiss and her soul went to The Father, shedding the ravaged body and leaving dad alone. 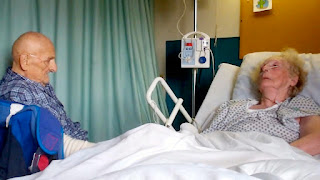 He wanted to be there to the end, holding her hand as he had for those days before, telling her he loved her so she knew as if she didn’t all ready. But fate and failing lungs carried him from her in the end and he could not be there then. I held her hand that afternoon and told her everything on earth was done and in place and she should not worry anymore and said goodnight. And on that good night she died within the quarter hour before the clock struck eleven.

And he came back to the room they shared during the week after he found her gone and he was too frail to attend at her final resting, to see her body off, to gather up like flowers the regrets and love of long time friends and relatives.

This past Monday dad seemed strong as if he would continue on for many more days and months. Then yesterday all that changed into a gurgle in his throat and a weakness in his body. I could hardly believe it was the same man I had sat next to in the day room the other day as I stood with my wife beside his bed today. He seemed to have shrunk, his breath a gasp and rattle, his eyes wandering up as if seeking escape. He tried to talk, but I could not understand what he was trying to say. He was grasping at the cover over him and I did not know what he was reaching for.

Then at one point as I leaned over trying to hear I did hear what may have been his last distinct words. He said, “Thank you,” which were words my father never seemed to find in his vocabulary before.

And last evening, October 11, 2012 my father died within the quarter hour before 11:00, within the same time as his wife, the love of his life, the woman they told me he was reaching out for yesterday, had passed. She called for him and he went.

It has been just over six months and in all that time I didn’t cry. There was too much to do for tears. It is 3:38 AM on the 12th of October and now the tears have been coming, in bursts and fits and waterfalls all the last few hours. Now the six months of tears have burst through the dam and flood me.

All is gone now. Willy and Milly have passed beyond the scope of this world. Their house is sold, now the possession of another. All their worldly goods are gone as well. There is nothing left of them except the memories and the feelings they left with others. That is enough, is it not?

This ordeal has drawn me closer to The Lord and it has taught me many things. Three weeks ago I prayed intently about these things and these passings were God’s mercy both to my parents and to me.

Take from my parents whatever they left within your hearts, but also see the truth of where our treasure must be for as Job said:

“Naked I came from my mother’s womb, and naked I will depart. The Lord gave and the Lord has taken away; may the name of the Lord be praised.”

WHERE THE RAINBOWS END

We begin this journey of life
Down a road we do not yet know.
We see the blossoms of the moment,
Costumed in dancing colors
That entice us like the bees,
To their perfumed petal traps
And we lust to gain their beauty,
To glisten like the rose after a rain.

We watch the sun rise upon the distance city,
Turning the towers of glass to gold,
Shimmering like a river of riches
And our eyes serve us our breakfast of “wants”
Sprinkled with the sweet sugar of excess.
We glutton for the fat of the land.
Our stressed hearts beat faster
As the grasp of our hands
Fills our veins with the empty
Calories of success.

We ignore the storms of warning
That dare darken our skies and the path
To our ever bigger car and grander house.
We fill our rooms with knick-knacks
To gorge our obese egos
And we ignore the dust specks of reality
That swirls about the air to settle
Lightly upon our treasures
As if in echo of some ancient tome.
Not Home Sweet Home,
But ashes to ashes and
Dust to dust.

We do not see the light for the shimmer.
Our eyes are always to the rainbow,
An illusion of sun and water,
A trick of diffusion
And a lure to delusion.
We cannot own the colors,
But can we the Pot of Gold at its end?

But where the rainbow ends
Lies the mire of despair and truth.
When we reach the distance touchdown point
The rainbow fades away
With all we ever gathered
And we are left naked before the eyes of God. 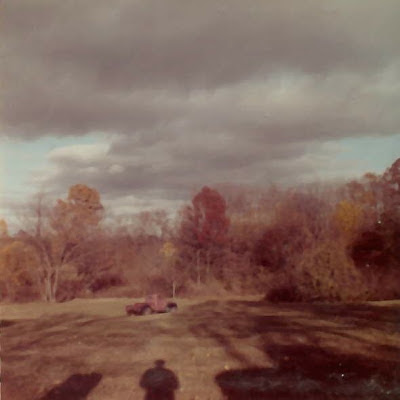