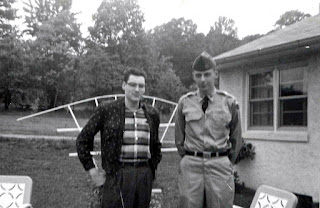 When I graduated high school most of my friends went their separate ways, except for Ronald. I had met Ronald in third grade, who became one of my few friends back in that town and he had remained so even when I moved away again. Through those years we had often double-dated, including my Senior Prom when he helped me take both my girlfriends by pretending one was his. (Okay, that's another story.) Now we sometimes searched for jobs together. (Ronald is on the right in the photo. He was 6 foot 4 in case your wondering.)

I don't think either of us graduated with great prospects. My parents had told me to forget college when I entered ninth grade. They didn't understand why I took Academic, since that was college preparatory. Part of their reasoning was financial, I suppose, but they really didn't believe in higher education, unless you planned to be a doctor. My mother constantly worried because I read a lot. Reading all those books would damage my brain, she once told me. Ronald's parents had also told him to forget college.

Ronald decided early on to join the Navy. This changed by accident to the Army later. He wanted me to join with him on the "Buddy System", but again  not being 21 interfered. My parents, especially my mom, were dead set against my joining the service and wouldn't sign the papers. (At 18 I was still considered a minor in those days.)

Ronald hit a snag at his physical requiring surgery before he would be accepted. His surgery resulted in complications that almost killed him.  He eventually recovered and did join the Army. Meanwhile I went to IBM School in Philadelphia.

I had been studying Commercial Art through a correspondence course since my Junior Year. I had talked my mother into this and she paid for it on the promise we never tell my father. My dad took a dim view of both my writing and my drawing. So why did they loosen up and allow me to go to IBM School? It was because this involved running machines. To them running machines was real work; writing, art and that stuff you learned in college was not. 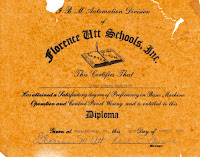 Florence Utt IBM School was a six week course in programming, wiring and operating everything from a 024 Keypunch to a 604 Calculator and a lot of three digit numbers in-between. I graduated at the top of the class.

This accomplishment did not get me a job. I eventually landed a position as a Junior Clerk in Sales Accounting with the Atlantic Refining Company (Later known as Atlantic-Richfield or ARCo). Why is this important in this series of my becoming a Christian? It is because it set up the next phase of my life and the events that led to that conclusion. Not long after I began my job I began dating this little red-haired Irish lass who worked on the same floor. (When I say little, I am not talking figuratively. Pat [pictured left] was four foot ten and that may have been with heels.)  Despite this height difference, I was six foot, we seemed compatible in every other way, although there was one I overlooked as unimportant. She was Roman Catholic.

One morning I came to work and she stopped me in the hallway. She told me she couldn't see me anymore. Her parents forbade her because I wasn't Catholic. I was angry. Why should that matter, I was still "Christian". "It wasn't any of her parent's business", I told her.

She ran into the ladies' room. 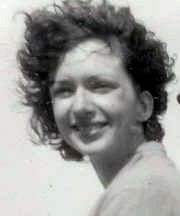 A few seconds later this tall dark-haired Irish lass came out of the ladies room and approached me. (This girl was a foot taller than Pat at five foot ten.) "What's wrong with Pat," she asked me. "She's in there crying her eyes out." This girl also worked on the same floor, the sixteenth, and she always said hello to me when we passed in the hall. I always said hello back, but I was shy and a low talker and she never heard me. She told me later that she thought I was the most stuck-up guy on Earth. Her name was Lois. (Pictured right. She was only one-quarter Irish. She was two-quarters German and one-quarter Native America - Creek.) Her family was Lutheran.

None of that particularly mattered to me. She had been kind and she was good-looking and so whether that day or the next I forget, I went down the elevator with her and walked along down Broad Street. At her subway stop, just before she entered the turnstile I asked her to go out next Saturday. I figured if she said no then she would go through to the platform and I'd continue on to the train station and there would be no period of awkward embarrassing silence. 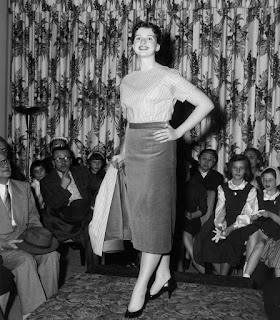 She was coming out of a rough period. Her mother and best friend both died around the time she graduated high school. She was, like me, an only child and there were some similarities in our childhood. She had been forced to go church and didn't want to and her father was constantly ridiculing her, saying she walked like an elephant or she was homely (which she wasn't and in fact had been a teenage model, left). He also told her she couldn't go to college, because college was a waste of time for girls. They only went to find a guy anyway. (She went on her own to Peirce College and earned her Associates.) Her parents were more restrictive than mine. Appearance was very important to them and she not only had to go to church and be in the proper clubs, but was constantly warned about behaviors that might reflect badly on her parents, drinking, sex, etc. This probably was part of reason she began smoking at age twelve. 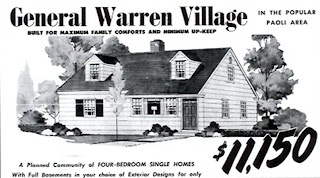 We went out that Saturday night and yadda-yadda-yadda just before we got married we bought a house.

However dysfunctional our growing up we meshed well as a couple. As adults we were the All-American Dream Couple. (Well, almost adults anyway. One hitch came up at settlement on the house when everyone discovered we were just a couple of teenagers not yet legal age. But it got resolved and we got the house.)

How many people from basically lower-middle class blue-collar families had the start we did?  We entered marriage with a new car (Studebaker Lark) and a new house (four-bedroom Cape Cod atop a hill with a great view of The Great Valley). We both had jobs that paid above average for those days, even if we were in low level positions. Together our salaries not only met our mortgage and expenses, but afford us the pleasures of eating out weekly at good restaurants and yearly vacation trips. I even had it mapped out how much money we'd have in the bank when we turned thirty. The house was halfway between our families, so there would be no jealousy that we favored one over the other. More important to us was the distance was enough there'd be no regular pop-ins by either side either. And once married no one was going to make us go to church. Church ended when we walked up the aisle after saying our I dos. (Photo on left: Our first Christmas in our first home together, December 1961. We were both 20 years-old.)

Life was great, what more could one want? What could possibly go wrong?