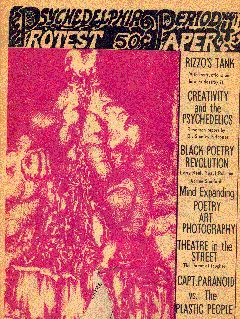 When I was twelve I decided to be a writer. I had some success with this in grade school and in sixth grade my friend Stuart and I published a newspaper, using the school's mimeograph to print it. Writing during junior high became an escape from the slings and arrows thrown my way by other kids and my resentment and fear of my father. Stories were a world I controlled and I could get lost in my imagination.

However, in high school something quite extraordinary happened. My writing made me popular. I was entertaining and funny and people didn't mind me being around. I did a poetry reading and a story reading. I became an actor in comic sketches written with two friends, I was a stand-up comic and a DJ at dances.

I wanted to pursue a career as a writer, but it wasn't encouraged. I was told I would get over such nonsence and what I needed was a job, a real job, which I got at ARCo. But I wrote every night anyway and sent manuscripts out to magazines. The year I married, as mentioned before, I won a runner-up in the Writer's Digest Writing Contest. (The story was called "Soldier, Soldier" and concerned two soldiers arguing over whether to desert their post.) In the next few years, as we lived our perfect little suburban life, not much was happening with my writing. I was writing a lot, but no one was buying. I was contacted by Scott Meredith (no relation, in fact his real name was Arthur Scott Feldman), to whom I had been recommended by the editor of Redbook. Scott Meredith was one of the most prominent literary agents of the time and his company still is. He represented such people as Norman Mailer, P. G. Wodehouse and Arthur C. Clarke, but I turned him down. This was probably one of the poorer decisions of my life.

But after we moved to my father-in-law's I began to find outlets. The first was as a ghostwriter for a number of people going to college. I wrote term papers, essays and speeches for a fee. (They got A's, so they got their money's worth.) The fellow who took over my old position in Addressograph was also going to community college and was the editor of of the school paper. He complained there wasn't enough talent to fill his paper and he hired me to write articles. I wrote these under the byline Loop because I wasn't really supposed to write for that newspaper not being a student of the school. On top of this I had a friend named Jane, a artist attending the Philadelphia Institute of Art. She kept trying to urge me to trust my talent and write full time, but I didn't, at least not right away. She and her boyfriend were black activists (later defecting to Cuba) and he was a photographer in the underground press that was popular in the sixties. Jane introduced me to an editor and I began writing in the Undergrown Press as "Eugene Lawrence". The picture top of this post is of the periodical. 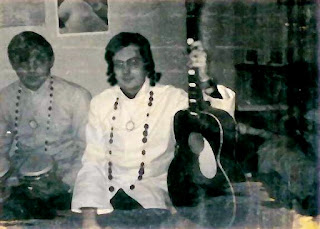 In the meantime, Lois and I were developing a clique of friends, all with ambitions in the arts. They were writers, poets, artists, composers and actors. This was the beginnings of the "Decade of Peace and Love" and Hippies, which we were.  Our time was spend with these people in Jim's basement (that is Jim holding bongos in the picture with me) talking about the great things we were going to create while we drank Screwdrivers and smoked. If not at Jim's we would gather in Rittenhouse Square and hang around with the other street people all night. We frequented the coffeehouses (Trauma, Kaleidoscope, Main Point) or went to concerts, Bob Dylan, Tim Buckley, Elizabeth, Jim Kwiskin's Jug Band with Maria Muldour and many other groups of the time.

While our group continued to talk about doing, I started to get published more. I did some ads for the Philadelphia Enquirer and Daily news, my poetry was picked up by the radio program "Personal Poetry" and I got a regular gig writing articles for "Philadelphia After Dark."

Life was not going as well at home. Lois and I were having a hard time communicating under her father's roof. She went to work for Delaware County Hospital and met an orderly there. I found out and we decided to separate. I went home to ma and pa. I began to date other women, even went to a ski resort with one, but somehow I could not get any real feeling for anyone else. I also quit my job at ARCo to write a novel. I would go to Lois' father's place during the day with my portable typewriter (I still had a key) and then leave before her or her dad got home. I took a part time job with Philadelphia Gum. 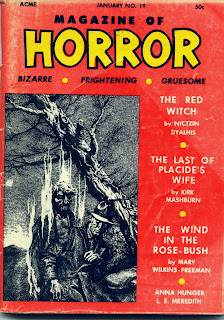 I couldn't stand not being with Lois. I began to court her again and we went back together on the basis we move out of her father's. We moved to a cheap apartment in University City in Philadelphia. I left Philadelphia Gum with the move and she got a job as a secretary in the chemistry department of the University of Pennsylvania. We lived on her salary and my money from the ARCo Thrift Plan. Our apartment was small, had roaches, with a Hippie crash pad down the hall, a doped-up girl screaming in the hall some nights, a Black Panther group meeting in the lobby and a prostitute living above us. A perfect place for a Hippie writer who was just beginning to sell short stories to the pulp magazines under my own name.

We had registered to vote right after we moved. I listed my occupation on the form as Writer. Politically I was far left and I generally voted for third party candidates in those years. (I voted for Dick Gregory in the 1968 Presidential race.) 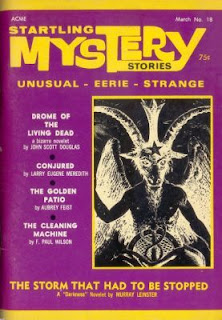 One day I came home and there was a subpoena in the mailbox. It accused me of registering to vote under false pretenses. It said a witness saw me engage in some kind of shenanigans with the registrar. The witness had a nearby address. I walked to it and found a vacant lot. It turned out hundreds of we University City residents had received these. Frank Rizzo was running for Mayor and was unpopular on college campuses. They were trying to take the college kids vote away and since I had simply registered as Writer they netted me as well. Our lawyer, supplied by the Democrat party (which is what I had registered as then) said we had to go to court or they would take away our right to vote.

I had just started working for North American Publishing as a circulation manager, although I talked them into letting me write book reviews for their education magazine, "Media & Methods". Now in my first week I had to take a day off and go to City hall to an overstuffed courtroom. It was July. There was standing room only and it was terrible hot. There was no actually judge. Committeemen of the Republican Party sat as Judges. They kept telling our lawyer to shut up. I looked about and most of the contested voters looked to be college kids, but not all. There was an old man with a long white beard (they subpoenaed Santa Claus) and a group of middle-aged Black women as well. The witnesses sat along one wall. My guess is they were paid off with a bottle of wine. 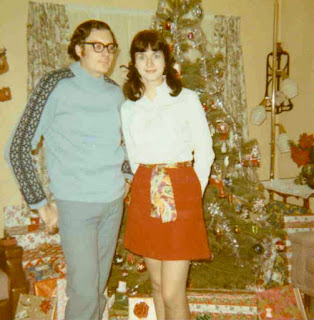 It was a long morning. At noon we were told by our lawyer that anyone with a valid Pennsylvania Driver's License with their current address should go to a clerk during the lunch break. If you had this, which I did, you would be dismissed and retain your vote. These things turned me sour on politics. Although in the two instances I cited last time and this were with the Republicans, I've had my taste of corruption with the Democrats as well. I don't particularly like politicians of any stripe today.

I was getting published regularly and Lois and I were closer than ever. Our group was beginning to break apart and we were spending less time hanging about in the park. We still made the coffeehouses every weekend, but these weren't my only hangouts during this period. The others were something else entirely.