Let the Mocking Begin - The Lions are Hungry 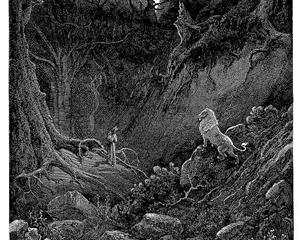 Well, that was pretty anticlimactic. I didn't expect anything, of course. Even so, can I admit, I still felt a bit disappointed. But the only thing that happened on May 21 was a volcano erupting in Iceland.


So one big spit in your eye from Mother Earth is all we got on "Judgment Day". That is something, anyway.


Think if the largest eruption in 100 years had happened on Tonga early on in the expectations yesterday, around 6:00 PM their time. That would have shaken some people up for sure, until nothing much happened anywhere else.


Here we are on the twenty-second, safe and secure. The bars are or have had their "End-of-the-World" Parties and the churches are having their sermons on false prophets. Family Radio is still on the air. Some people are pitying "those people" and some are making fun of them. For the world at large this makes for great sport.


Howard Camping may have missed the mark -- again, but you have to give him credit for one of the most successful marketing campaigns in history. In all my years I often heard advertisers claim, "The product everyone is talking about."  This is the first time I have really heard everyone talking about it. Everywhere I was this week, everyone I saw, this subject came up. I heard jokes in passing on the street, mentions at work, statuses on Facebook, tweets on Twitter and monologues on TV. There were articles in each newspaper we subscribe to, on the front page no less. It came up both in a poem and in discussion at my Poetry Group meeting on Thursday and again in discussion after the Open Mic at Borders on Friday. It was the postings of many Blogs. I went to the hardware store to buy some dirt yesterday and everyone in the store, customers and clerks, were making comments about the day and what was predicted.


Now by the time I was in the hardware store we knew it wasn't happening. 6:30 PM of the 21 May had already come and gone in much of the world. It was already Sunday, May 22 in Australia and Japan; all of Asia I suppose. I had coincidentally set out to buy my dirt just as it struck 6:30 PM in Jerusalem. When the Temple Mount did not split apart I figure we could definitely relax.


There is much speculation this morning about what Mr. Camping will do now. He is 89 years old, time is running out for him to recalculate and come up with something new. I think Mr. Camping was sincere about his vision, that he truly believed in it. If he comes up with a new date, then I probably won't feel that way anymore. When he wrote and predicted that September in 1994 would see Judgement Day he wrote a book called 1994?. (Boy that makes for awkward punctuation.) There was a question mark and within he mentioned 2011 might actually be a possibility if it wasn't 1994. He gave himself an out.


He left himself no out this time it would seem. He guaranteed it. He said it would absolutely happen. It didn't. End of story with no possible twist to another announcement left, right?


I can think of one.


But it displeased Jonah exceedingly, and he was very angry. And he prayed unto the LORD, and said, I pray thee, O LORD, was not this my saying, when I was yet in my country? Therefore I fled before unto Tarshish: for I knew that thou art a gracious God, and merciful, slow to anger, and of great kindness, and repentest thee of the evil. Jonah 4:1-2 (KJV)
Then said the LORD, Thou hast had pity on the gourd, for the which thou hast not laboured, neither madest it grow; which came up in a night, and perished in a night: And should not I spare Nineveh, that great city, wherein are more than sixscore thousand persons that cannot discern between their right hand and their left hand; and also much cattle? Jonah 4:10-11 (KJV)
Why in the world would I think these couple quotes from Jonah could be used by Camping as an out? You remember Jonah? He was that prophet whom God told to go one way and instead he ran the other, got on a ship and tried to get away from it all. You know, the guy who ended up in the belly of a great fish that everybody keeps mistakenly calling a whale. There is a lot we can say about the plight of Jonah and Christianity, Jesus and salvation, but Jonah doesn't have anything to do with Judgment Day, the end of the world or Harold Camping, does he?


Well, it could have if we think about Jonah's situation. Why did he run away from what God asked him to do? For that matter, just what did God ask him to do anyway?


God asked Jonah to go to this terrible city called Nineveh, a place so full of sin that God planned to destroy it. He told Jonah to warn those people if they didn't straighten up and fly right they would be toast,  and Jonah didn't want to do that. Why?


Because Jonah had a bad attitude to begin with. He hated those Ninevehian, uh—Ninevehites...uh, those people of Nineveh. He didn't want them saved, he wanted them flattened, but he feared they just might repent and God wouldn't smite them, which is exactly what happened. This made Jonah really sore at God. Jonah tells exactly what his feeling were. "And he prayed unto the LORD, and said, I pray thee, O LORD, was not this my saying, when I was yet in my country? Therefore I fled before unto Tarshish: for I knew that thou art a gracious God, and merciful, slow to anger, and of great kindness, and repentest thee of the evil."


Harold Camping actually used this story of Jonah recently in explaining his coming Day of Judgment. He used it as urging everyone to repent, but also to show how God was patient and sometimes spared people and places because of his compassion for the few who were not sinners. You can find several such examples in the Old Testament.


It would be quite possible to put forth that God was ready to pronounce judgment upon the world, but out of his desire that no one be lost postponed the date. The reason would be there are some who God knows will come to Salvation yet and so a new Judgment Day must occur.


As a Christian, who believes a real Second Coming of Christ must eventually come on a day and hour no man knows, I am not effected much by what Mr. Camping does or doesn't do. I do take what he did seriously, though, as causing great harm. 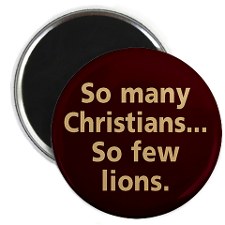 It certainly harmed many folk who choose to put their faith in Mr. Camping. Some of these will suffer as a result of this fiasco. But so will we Christians who argued against his interpretations all along. The world isn't going to be overly discriminating between some of what we believe and what they have been hearing preached for many moons in the media leading up to May 21. No, the mocking began in earnest last week and it will continue for a while, and in the future anyone proposing Judgment Day is at hand will be quickly compared to Mr. Camping's crusade.


Christians are fair game these day, as the Bible told us we would be. We have plenty of those out there quite willing to feed us to the lions, if not in actuality, at least figuratively.


Jesus left us in the dark as to exactly when he would return or when Judgement Day would be. However, he and other prophets left us with a number of signs that will point more and more to that time as we approach it. As a younger man I used to be mystified reading the prophecies, the events that would begin to happen, and yet the Bible said men still wouldn't turn to God or believe this was from Him. I wondered how knowing such happenings before they happened anyone could deny they were from God. But it recent years I have heard many discussions that would put in place excuses to not believe God had a hand in such things, for instance "Global Warming".


This May 21 will make it more difficult to get anyone to seriously consider such prophecies if we begin to recognize a quicker pace in the signs of the times. People will simply compare any such warnings as akin to Camping's folly.


Remember as well, December 2012 lies ahead. Expect more media coverage of this other prediction of the end of the world. Even though this one has nothing to do with Christianity, it will certainly bring forth much rehashing of the May 21, 2011, failure to launch and all Christian belief will be held up to ridicule as well.


As for me, I trust in the Lord. This is not a prediction of the end of the world, but a prediction of labor pains growing closer together. I would keep awake and keep my eyes on this September and the state of Israel. Yes, indeed, I would.
Posted by nitewrit at 12:30 PM

Email ThisBlogThis!Share to TwitterShare to FacebookShare to Pinterest
Labels: A BOOK: Work in Progress 2011, credibility, Folly, Written 2011 in Delaware